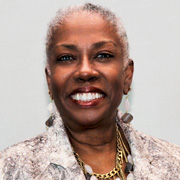 In December 2007, Mae was offered the opportunity to join the Texas Diversity Council (TXDC), a non-profit organization that promotes and advocates diversity and inclusion, as a Program and Event Coordinator. From 2009 to 2015, she served as the Program and Event Manager for the TXDC. In 2016, Mae was promoted to the position of Director of Programs, Events & Membership. She continues to be responsible for providing assistance and support relative to the planning, scheduling, facilitation, and implementation of meetings as well as quarterly and annual programs and events of the Council, and she is the primary staff point of contact for the Dallas, Fort Worth and San Antonio markets along with providing support for the Texas Board of Directors.

Mae retired from SBC/Southwestern Bell Telephone Company after having been employed with the same company for more than 31 years. She began her career as an Operator in Corpus Christi, Texas – her hometown. During the remainder of her career, she held numerous positions as a supervisor and manager in the business units of Network Administration and Network Services in Corpus Christi, Houston and Dallas. Prior to her retirement, Mae’s position was one of an Account Manager-Select Accounts in Industry Markets.

She has been an active community volunteer for more than three decades. Her service and involvement have included nonprofit, community-service organizations, such as the AT&T Pioneers; Community NETwork, African American Telecommunications Professionals of AT&T (The NETwork); the Urban League Guild of Greater Dallas & North Central Texas; United Way of Metropolitan Dallas; Big Brothers/Big Sisters; and The Bridge Homeless Assistance Shelter. She remains an active member of several organizations, where she participates in both leadership and support roles.

She is a graduate of Del Mar College (now Texas A&M University-Corpus Christi) having achieved an Associate of Arts degree in Nursing. Mae completed her undergraduate degree at the University of Texas at Arlington in Business Administration, where her major was Business Management with a minor in Marketing.

On a family note, Mae is the very proud mother of one daughter, Krishna, fondly known as “Angel”, and the “Nana” of a granddaughter, Maya, and two grandsons, John and Maurice II.

Her hobbies include reading and traveling. Her passion is reaching out to help others.